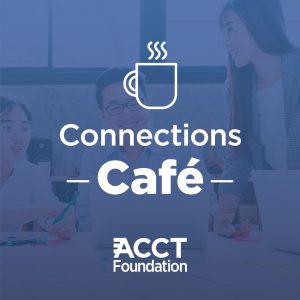 ACCT's Connections Café is a casual get together where we can connect with one another and continue the conversations of underrepresentation of Chinese Canadians in leadership roles. It is also an opportunity for us to discuss other issues that Chinese Canadians are facing these days.

May is Asian Heritage Month, and is an opportune time for us to reflect on our role as civic leaders and discuss what we can do individually to build a more equitable Canada.

With that in mind, this Connections Café aims to shine a light on some of our fellow Asian Canadians who took courageous actions during times of chaos. Their actions made a great impact and demonstrated that no action is too small when you stand up for what you believe in. We are all in this together. Join us in this important conversation as we discuss how we can advance diversity and inclusion in society.

Running a small business requires hard work, dedication, and time commitment. Our July Connections Café special guests not only own and operate their own businesses, but they also find time either through their businesses or outside of it to support the Chinese Canadian communities.

Join us at this Connections Café as we chat with these trailblazers to learn more about why they do what they do, what were some of the barriers they encountered and what advice they would have for all of us to give back to our community.

Missed this session? You can watch the recording here. 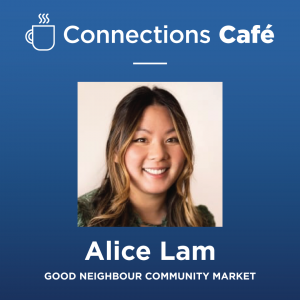 Alice Lam is an avid volunteer in the Calgary community and has created non profits such as the Calgary Community Fridge and Good Neighbour Community Market. She has spent a lot of time advocating for the needs of Chinatown residents to keep the neighbourhood affordable and thriving. She hosts Chinatown history tours for the community at large. In her day job, she works in real estate as a property manager for commercial properties. 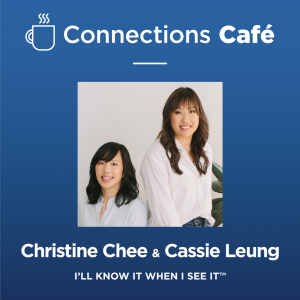 Christine Chee and Cassie Leung are owners of I’ll Know It When I See It™, a sweet + slightly snarky paper goods™ + gifts from Vancouver, BC. Their products are sometimes nostalgic, often funny + occasionally Asian-inspired.

Their work has always been from the heart, creating what feels most authentic to them in the moment. They’ve been joyfully reawakening to their Chinese heritage of late, allowing for more of their identity + experiences to come through their designs. Being able to snark on niche cultural references while also discussing universal topics like asking your partner what they want for dinner until death perfectly encompasses their ethos.

Supporting local + Canadian businesses is one of their core values + they pride themselves on being Made in Canada. Their goods are produced either in Vancouver or with manufacturers across the country. The small business community is strong + they’re proud to be part of it. 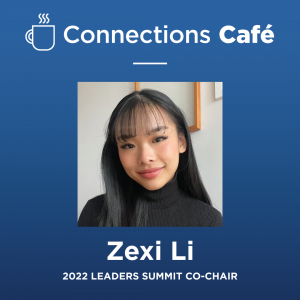 Zexi Li is an Ottawa resident and a federal public servant, who is a lead plaintiff in the class action lawsuit against the “Freedom Convoy”, which illegally occupied the streets of Ottawa and tormented her community for several weeks from late January to February 2022. In the face of targeted harassment and threats as a result of her action, Zexi persists in her goals to effect positive change within Ottawa and give a voice to the countless residents affected by the siege.

Originally from Toronto and later, Montreal, Zexi fell in love with the Nation’s Capital during her studies at the University of Ottawa, and chose to make the city her permanent home following graduation.

Zexi received Ottawa’s Mayor’s City Builder award in 2022 for her role in helping silence trucker horns during the three-week occupation that shook many Centretown residents. The award is given to those who demonstrate an extraordinary commitment to making Ottawa a better place today and for the future. 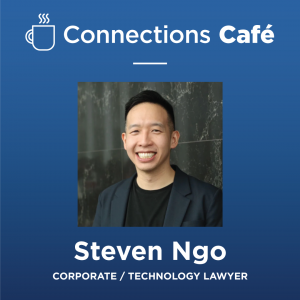 Steven Ngo is a corporate / technology lawyer and currently works as counsel at Rivian. He is the Advocacy Chair of the Vietnamese Professionals Association BC and is the Vice President of the Federation of Asian Canadian Lawyers BC. Steven is leading a movement called Fix Police Reporting that is focused on removing barriers to reporting hate crimes to the police (http://fixpolicereporting.ca). He has featured widely throughout national and international media including The Guardian, The Globe and Mail, CBC and various language-specific outlets for the Chinese, Vietnamese, Filipino, Japanese and South Asian communities.

In 2022, Steven was the recipient of the BC Medal of Good Citizenship, one of the highest honours bestowed to British Columbians, in recognition of his advocacy work during the pandemic.

Because of Steven’s relentless efforts, the Vancouver Police Department has now expanded its online hate crimes reporting forms to be available in 14 different languages and has also translated its website into over 100 languages (https://vpd.ca/report-a-crime/). Steven has not stopped there. He is working to help make the reporting of hate crimes more accessible in cities across all of B.C. and Canada. 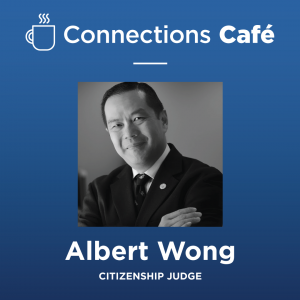 Judge Wong had over thirty-nine years of service in the Canadian Armed Forces. He served in various public affairs positions with the military across Canada; on a UN peacekeeping mission in Eritrea and Ethiopia; with a multi-national headquarters in Copenhagen, Denmark; and with a Strategic Advisory Team in Afghanistan. He attained the rank of Lieutenant Commander.

He also served as the Chief Aide-de-Camp to the Lieutenant Governor of Ontario from April 2013 to December 2020. He was awarded the Vice-Regal commendation in 2014.

Judge Wong is a 2012 recipient of the Chinese Canadian Legend Award, the 2015 Transformation Award for Public Service, the 2015 NAAAP 100 Award by the North American Association of Asian Professionals, and the 2020 Lifetime Achievement Award by the Cambridge Food & Wine Society. He was named the 2016 Person of the Year by the Transformation Magazine.