President of the Indigenous Police Chiefs of Ontario Association (IPCO) 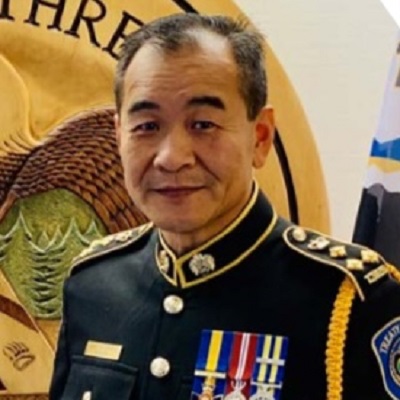 President of the Indigenous Police Chiefs of Ontario Association (IPCO)

Chief Kai Liu, born in Taiwan, immigrated to Canada as a child. In 1986 he was recruited by the Ottawa Police Force as the City’s first Asian police officer. Throughout his career he has held many challenging positions which includes being the Chief of Police of two Central Ontario police services. In 2008 he became Canada’s first Chief of Police with Taiwanese descent. Kai has developed a strong reputation as an innovator and champion for Diversity in the workplace.

In May of 2007, on Parliament Hill, Chief Liu received the Asian of the Year Award which recognizes contributions made by a Canadian role model who balances a successful career with community and charitable work.

Known as a strong advocate for Human Rights, in 2008 Chief Liu was recognized in Regina Saskatchewan for his public service when he was awarded the National Enriching My Canada & Yours (EMCY), Lifetime Achievement Award. He is a recipient of the Friends of Simon Wiesenthal Centre, a human rights organization, 2015 Award of Tolerance. Her Excellency the Right Honorable Julie Payette Governor General of Canada in 2018 elevated Kai as an Officer of the Order of Merit of Police Forces to name a few of his prestigious recognitions.

Chief Liu is well regarded as an award-winning police leader who embodies the spirit of Community Based Policing with an extensive background in public service excellence. He has attained the reputation of being a Trailblazer, a Visionary, an Innovative and Creative Thinker, an Agent of Change and a Community Builder.

In 2019 he was appointed the Chief of Police for the Treaty Three Police Service, an Indigenous Police Service providing policing to 23 First Nations in Northwestern Ontario.

He is the current President of the Indigenous Police Chiefs of Ontario Association (IPCO) and an Executive Board member of the First Nations Chiefs of Police Association (FNCPA).

All sessions by Chief Kai Liu